Experience the new Max Downtown. A contemporary Chophouse proudly located in the heart of Connecticut’s capital city, the newly-renovated Max Downtown invites its guests to dine in style and good company. From elevated Chophouse classics to delectable desserts crafted by our Pastry Chef Warren Hardman, the wafting aromas that drift from our kitchen are tempting to say the least.

Located right in downtown Hartford since 1997, Max Downtown continues to add to all that the city has to offer with its legendary service, food and drink selection. Max Downtown has won a number of awards including Connecticut Magazine's Best for Overall Excellence, Hartford Magazine's Best Power Lunch Spot, Best for Business Entertaining and Best Wine List; has been featured in the Hartford Courant's Great Steaks: The State's Sizzling Best  and was rated "Don't Miss" by the New York Times.

With a significant list of vintage and non-vintage wines stored in-house, Max Downtown is excited to additionally offer its stunning wine mezzanine as a focal point. Our selection is bound to have the perfect accompaniment for your occasion whether it’s by the glass or by the bottle.

If spirits are more your style, Max Downtown's whiskey bar features a broad selection of international bourbons, ryes, scotches and whiskeys crafted across the globe, from Kentucky to Japan. 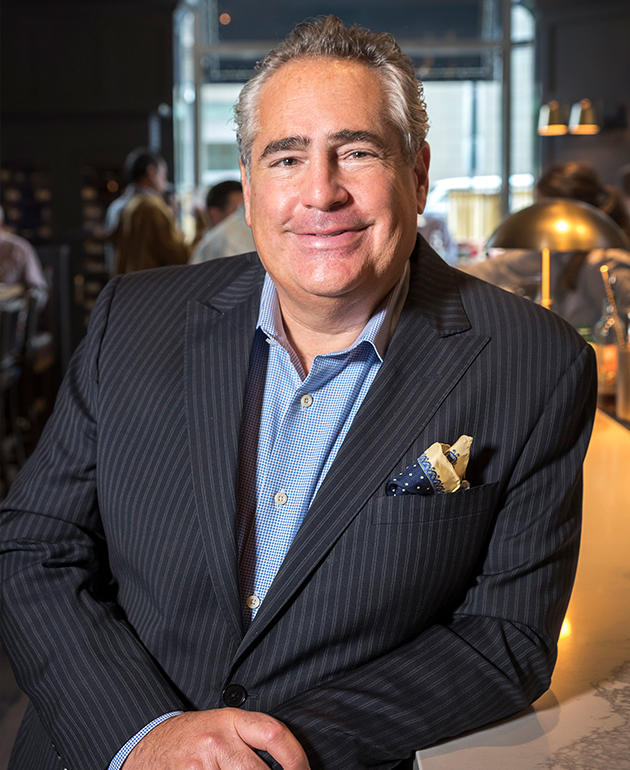 Born in Providence, RI, Steven grew up in his family’s retail business. It was there that he learned the importance of successful customer service. Steven attended Bentley College in Waltham, MA, which he credits for giving him the business strategies that have been instrumental in his success. A few years after college, Steven left his family business for the restaurant industry. After a two-year stint with Tatou Restaurants first in Manhattan and then Aspen, CO, he teamed up with his college roommate, Richard Rosenthal. Steven joined the Max Group as an assistant manager at Max on Main. In 1996, he became a partner and opened Max Downtown in Hartford. Steven is also a partner in Max’s Oyster Bar and Trumbull Kitchen. Steven feels his entrepreneurial skills and business practices have earned him a reputation as a leader and innovative manager. He strives daily to exceed his customer’s expectations and motivate his staff to excellence. Born in Manchester, CT., Christopher Sheehan didn’t while away childhood afternoons building forts or pretending to be Superman. He spent them happily cooking over a hot stove in his grandparent’s kitchen.“My grandmother would immediately put me to work when I came over,” Sheehan recalls. “She taught me to love and respect food. It was never to be wasted.”Upon graduating from Johnson & Wales University in Providence, R.I., Sheehan joined Max Downtown, where he sharpened his culinary skills under the tutelage of executive chef Hunter Morton. In 2013, Sheehan received critical acclaim when Max Downtown was named both “Best American Restaurant” by Connecticut Magazine’s Expert Picks, and “Upscale Restaurant of the Year” by the Connecticut Restaurant Association. As a sous chef, Sheehan has made two appearances at the prestigious James Beard House, and his seasonally inspired cooking has garnered high praise from fellow chefs and the top brass for his meticulously executed dishes. “Chris has a quiet intensity that has been a huge part of getting Max Downtown through sales days and weeks, which makes the rest of us sit back and marvel,” says Scott Smith, vice president and COO of Max Restaurant Group. “Not only is Chris a rock star on the line, his food is simply brilliant.” After 12 years of dedicated service, Sheehan is pleased to begin a new career milestone as the executive chef at Max Downtown.

For information on careers at Max RG, click here.